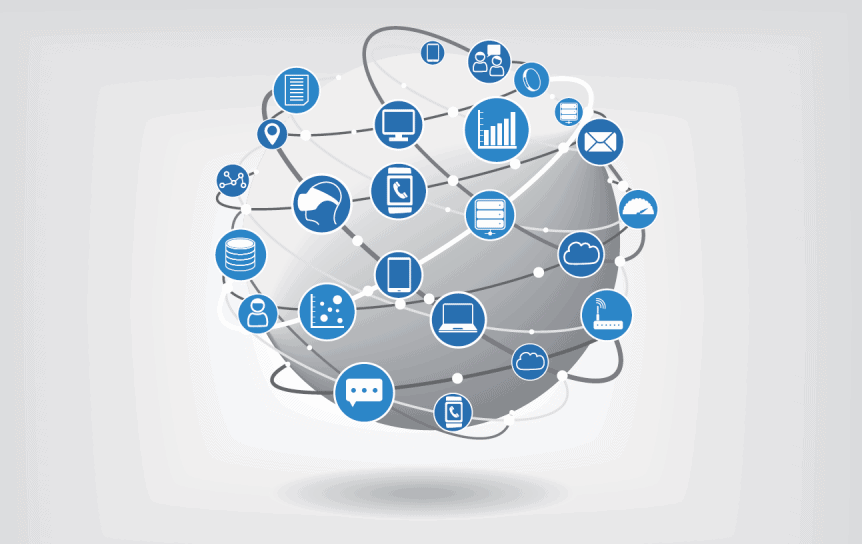 In the world of IT (Information Technology) the number of acronyms seems to grow by the day. Although many say they are there to make life easier when talking about them, for the ones living outside the IT world they simply become a set of letters to be confused with others.  Here are a few of them that you will probably see if you‚Äôre tasked with making changes with your network onboard.

Firstly, let us remember what an IT network is, and the 3 basic components that you will face.  The LAN is the Local Area Network, i.e. the network that connects everything within your space, being the vessel, home or office. The LAN has a part that is called the WLAN being the Wireless Local Area Network, i.e. the Wi-Fi portion that allows your smartphone or smart watch to connect. You may also find that some printers are connected wirelessly or even security cameras (not recommended!).

Once you go outside your space, and connect to the internet, you become part of the WAN, (world) Wide Area Network. I added the word ‚Äúworld‚Äù just to give it better significance to you, as you are most likely connecting to the internet or WWW (World Wide Web).

In summary you have your wireless network, WLAN; your wired network, LAN; and the network you become part of when you connect to the internet, WAN.  The connection to the WAN normally is provided by an ISP (Internet Service Provider). It does not matter as to how, be it by satellite, cellular, wired landline or Wifi.

Although not acronyms, I will quickly touch on 3 items in your network, that also need to be understood. Firstly, you have a ‚Äúrouter‚Äù, which basically looks at the traffic on your network and decides/routes the traffic to where it should go. i.e. It sees a packet of information, and from its ‚Äúheader‚Äù routes it locally (i.e. when you are accessing a NAS (Network-Attached Storage), a local Server, or a local printer) or to the internet (i.e. if you are browsing something online like youtube or accessing your files on ‚Äúdropbox‚Äù. A popular router in use on vessel is the Kerio Controller.

You also have ‚Äúswitches‚Äù in a network, these are either managed or unmanaged, the difference being if they are programable for specific LAN setups, or simply dumb units that permit any connection. And then you have the WAP (Wireless Access Points, sometimes simple named AP) which in effect is also a type of switch, but for your wireless devices!

Again, in summary, the ‚Äúrouter‚Äù is you traffic management unit, managing both internal as well as external traffic. A Switch is there to connect devices to each other, this can be managed or unmanaged, and finally you have WAPs to connect your wireless devices to the network as well.

Cellular connection also comes in various flavours. As a basic they originally come in 2 flavours. GSM (Global System for Mobile Communications) and CDMA (Code Division Multiple Access). Don‚Äôt worry about remembering what each stands for, just get that in previously the USA was principally CDMA and the rest of the world (with exceptions!) was GSM.  GSM being the more popular version has come along as 2G, 3G,4G‚Ä¶ (2nd Generation, 3rd Generation, 4th Generation, you get my drift…)  but this line now has a new acronym which is LTE (Long-Term Evolution, and commonly marketed as 4G LTE or Advanced 4G). Note that the technical forums are now all buzzing about 5G‚Ä¶ the 5th Generation.

Back to our ‚Äúspace‚Äù where within our network we have one more acronym to be aware of, VLAN (Virtual Local Area Network). All the previous ‚ÄúLAN‚Äù were quite physical, i.e they had to do with something physically onboard or the world beyond. The VLAN is a virtual network that is programmed into the local network. It is a method to keep communications between devices separate. Think of it like different roads that do not have intersections, running parallel to each other. Only the Router can decide if packets of information should transverse between these roads. This way your guest internet traffic can be separated from your crew traffic. Devices on one VLAN cannot be accessed by a device on another VLAN without explicit permission programmed into the Router.

Oh, you may have heard of IoT (Internet of Things). This is simply a lazy term to say anything (any device) that is connected to the Internet‚Ä¶ Often with the word ‚Äúsmart‚Äù attached. The fridge that tells you it is missing something inside‚Ä¶ do you want to order it online?  The thermostat that turns on when you approach your home, etc.

I hope this has helped shed some light, and yes it only scratches the surface, but will allow you to understand a little more about what you have installed and when a techy speaks IT!